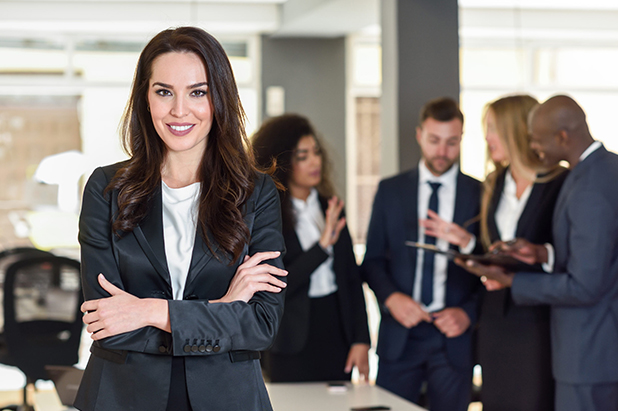 Women’s Day is here and we are back to the conversation regarding women’s representation in the corporate world. It’s strange that in the 21st century we need a special ‘day’ to recognise the contribution of women in our lives…both personal and professional. At some level, I feel, that we should not need to have a special day dedicated to women…a special day dedicated to recognising her contribution, her mettle, and her achievements. We should not need a special day to truly appreciate the women in our lives and across the world. But at the same time, I feel that we still need a Women’s Day because, despite all that they have achieved, women still remain grossly underrepresented in the corporate world, still struggle to bridge the pay gap, and have to work harder to shatter the glass ceiling.

In the technology space, for many companies celebrating equality and talent has become a CEO level issue. There are several examples of tech leaders emphasising the importance of equality in the tech space whether it is in terms of equality of pay or choosing women for higher and better opportunities and bigger responsibilities. In today’s marketplace ‘equality’ has got business value. So this would mean that the participation of women in the workplace, especially tech is on the incline right? Well statistics say otherwise. Surprisingly, or rather unsurprisingly, only 5% of leadership positions are held by women in the tech world. Reports also state that more than two-thirds of US startups have no women on their board of directors. A recent report by the World Economic Forum states that the global gender gap will take over a hundred years to close going at the current rate of change! To a reasonable mind, these stats seem ridiculous…almost unreal. Why would we be looking away from a workforce that is highly skilled and efficient only because of their gender? Fact is that in the US alone over 1.4 million jobs will open up by 2020 and the US will have only 29% of qualified graduates to fill these roles. Out of this, only 3% will be women. Strange? Well, sometimes the truth is indeed stranger than fiction.

Being a part of an organisation where over 35% of the workforce constitutes of women, I very strongly feel that today tech companies are in need of strong leaders. Women Leaders. Simply because, if history has taught us anything it is that women, when enabled and empowered, are capable of reaching any height of success. I think at some level it is downright insulting if I use gender as a yardstick to suggest what an individual can or cannot accomplish. If we look around, women have already proved that they are excellent administrators, team leaders, exceptional workers, innovators…the list goes on. So why look at justifying their roles or their mettle because of their gender?

Let’s look at some basic facts that are relevant in today’s context and are not guided by some medieval thought emerging from the dark ages as to why there should be more women leaders in tech companies. To begin with, unless you have diversity in your organisation you will be only getting a myopic view of the world. Today women are active participants in the consumerization landscape. It only makes sense to have a set of eyes that will guide you on what this demographic wants because they know what they want. A study at Development Dimensions International (DDI), the global leadership development consultancy, states, “Encouraging gender diversity in leadership ranks leads to more diversity of thought prompting improved problem solving and increased business benefits. Organisations with women in at least 30 percent of leadership roles are 12 times more likely to be in the top 20 percent of financial performers.”

And more pertinently, by not encouraging gender diversity in the tech space, all you are doing is alienating a vast, trained, skilled, efficient, and eager workforce. That’s not the best business strategy, is it?

I strongly feel that its high time that the doors to this exclusive ‘Boys Club’ that exists in technology companies open its doors wide to women not because of anything else but because of their ‘talent’. It is high time that hiring in organisations is done because of ‘talent’. It is also high time that we stop looking at women as soft, nurturing souls and recognise that the same nurturing person can be an equally powerful and impactful leader. Let’s start hiring for job roles on the basis of qualifications of merit and stop looking for lame excuses as to why a woman would not suit that role.

We have entered the age when machines are communicating with one other and with us. For most, that is progress. But is it really progress when we still don’t recognise the achievements of half of the world population despite her having proved herself, in the harshest and most toxic environment?

I believe that real progress will only happen when we take a conscious decision to unanimously hire and promote on the basis of merit and not gender. Until then, we will continue to need a Women’s Day.

It’s not a Competitive, but a Collaborative Digital World! Scroll to top