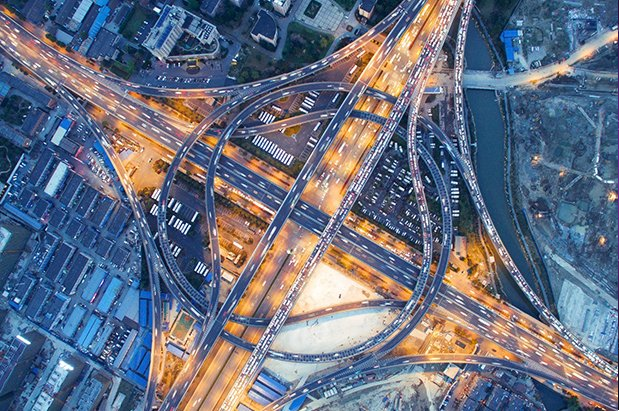 Governments all over the world are battling hard to tackle the issues with traffic congestions and the rising pollution levels. They recognise that these factors are leading to a negative impact on the society. With people spending an excessive amount of time in commuting, there is a need to develop a smart transportation network powered by automatic asset monitoring, real-time traffic updates and forecasts, and best route planning based on weather conditions – all this is combined under the umbrella of Smart Mobility. The focus has now shifted from simply building new capacity to using the existing capacity smartly by using technology and optimising existing asset performance.

Speaking of India, over 30% of the Indian population lives in cities and by 2031, this number is expected to rise to 87%. To support the growing urbanization in the country, it has become essential to have smart transport systems. A study by NITI Aayog and Rocky Mountain Institute found that with the help of an electrically-powers, connected mobility system, India can save up to 37 percent of carbon emissions in 2030!

The government of India has set itself an ambitious target to make India a 100% electric vehicle nation by 2030. It’s various programs, including FAME (Faster Adoption and Manufacturing of Hybrid and Electric vehicles), are steps towards achieving this goal. In line with that, the government is allowing adoption of new mobility options and has also cut taxes on the lithium-ion batteries which are used in electric vehicles.

Under the Smart India Mission, the Government of India plans to make more investments in public transport systems and initiate transit-oriented development (TOD) across 100 cities. This will make the transport network well-connected, energy efficient, and will also substantially reduce the pollution levels. Nagpur, with its 200 electric vehicles, including taxis, buses, e-rickshaw, and autos, has earned the tag of India’s first city with electric mass mobility system.

Under its Smart Cities initiative, the government of India has allocated a substantial budget for the development of efficient public transport and urban mobility systems which include construction of roads, flyovers, and Mass Rapid Transport (MRT). Apart from this, there is also a sharp focus on the development of intelligent traffic management systems with technologies such as IoT, Artificial Intelligence, and Big Data.

Initiatives such as FASTag by the National Highways Authority of India (NHAI) and SMS alerts about traffic status on national highways are some of the other moves towards smart mobility.

India’s strategic strengths in IT, growing manufacturing base, government’s aggressive plans and investments in smart cities are all working in favor of this agenda.

The automotive giants are putting in a tremendous amount of money and efforts in R & D in alternate fuel technologies and are working towards being compliant with the BS VI emission norms from April 2020.

Inteliment was the only SME to be invited at MOVE. I was also invited to be one of the key speaker at the event. The event focused on electrification, alternative fuels, reinventing public transport, goods transport and logistics through data analytics as key themes. It is quite encouraging to see that the industry leaders, the government, and the automobile giants recognize that digitisation is the future of modern India.

At Inteliment, we are extremely excited to be a part of India’s this transformation and aim to actively participate in it.