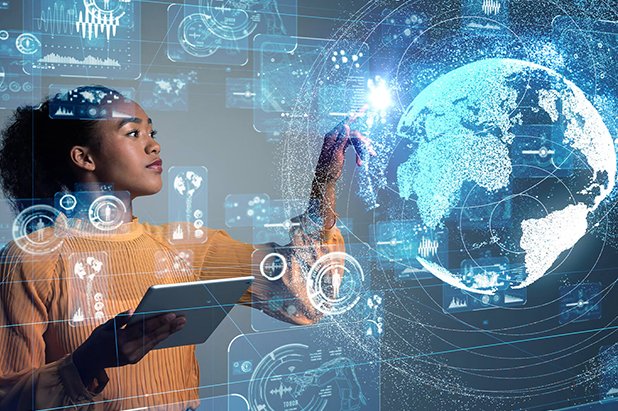 The population of our planet is nearly 7.5 billion out of which, more than half, that is approximately 4.1 billion are active online. With the availability of digital media, the menace of fake news has grown tremendously. So much that it can be called an era of fake news. Media houses worldwide have realised the importance of the deployment of technologies such as AI and ML to combat the spread of fake news. Even governments are urging the likes of Facebook and WhatsApp, the primary mediums via which the false news can be made viral, to find out the source of the data in case of fake news.

Increasingly, the masses have started sensing that fake news is some sort of a weapon being used to destabilise the society and it is becoming more and more challenging to separate fake news from the real ones. Especially during the run-up to elections or other such major political events, fake news and memes become the tools the perpetrators deploy to influence the outcomes.

Because of the viral nature of fake news, lies spread faster than the truth on social media and organisations like WhatsApp and Facebook have committed to come up with methodologies to rank the stories based on the trustworthiness of the source from where it is being generated.

Stress on the fourth V- Veracity

We are living in the age of data explosion – just to put things in perspective, in one minute, 160 million emails are sent, around 100,000 tweets are shared on Twitter, and more than 500 videos are uploaded to YouTube. We are talking about Big Data here – data which is described using 5 Vs – Velocity Volume, Variety, Veracity, and Value. In case of fake news, the fourth V, that is the veracity of the data becomes critical.

For such a humongous volume of data, the procedures which human fact-checkers apply to determine if a story is real or not, just cannot be used. It is impossible for humans to check each story manually. Only machines can keep up to this volume and do the job of checking quickly.

It is no surprise that leading content publishing and networking platforms such as Facebook have invested heavily in research on combating fake news and are leveraging Artificial Intelligence to identify and cull out the good news from the bad. Artificial Intelligence & Machine Learning have become the cornerstone for identifying falsehoods by recognising patterns, behaviours as well as by identifying articles which were flagged as inaccurate by people in the past. AI & ML will become more critical for identification purposes as the large volumes make combating this phenomenon more challenging. The key benefit of AI and ML is that with the growth in data these systems become more trained and resultantly more robust in pointing out false news.

There are various parameters based on which, fakes news is detected. Some of these include

Fact Weighing: The facts in an article or news need to be weighed contextually. An NLP engine can be used to scan the content as well as the geolocation for contextualising. The facts can also be assessed based on where else the same facts are being reported. For example, it is easier to understand the motive behind spreading falsehoods once we have geolocation or the context.

Source Checking: Generally, every article states a source. The reputation of the source needs to be validated to understand the authenticity of the news item. For example, an article with an unknown source will be rinsed more when compared to an article with legitimate and well-known sources. Machine learning algorithms can help in quickly checking the reputation of the source.

Word Scan: Generally, fake news contains words which are sensational in nature. The true aim to smatter the article with those contents is to make it go viral. Using tools like keyword analytics and artificial intelligence, such contents can be quickly identified and it is easy to weed out the ones with false information.

Publisher Ranking: Typically, parameters such as other articles on the same publisher, the publisher’s social handles, Wikipedia page, and traffic to the site can be reviewed to rank the publisher. Reputable sources are likely to flair well on all these parameters. AI and ML also use methods like Support Vector Machine algorithms to detect political biases of the publications.

Machine Learning Algorithms have been in use for fighting spam emails based on the email text analysis. These algorithms also detect whether it’s a one on one communication or is it a mass mail. Building on the principles of fighting spam, it is becoming easier to curb the spread of fake news. Companies are also collaborating to conquer fake news. For example, AdVerif.ai has tied up with Cisco to enhance its offering for fake news spotting operation.

Media houses and well-known platforms are taking the help of big data, artificial intelligence, and machine learning to detect fake news, dishonest and misinformation and build trust and transparency with their readers and users. AI and ML as a technology for combating fake news is still at infancy with the detection accuracy of 60 – 70 percent. But the future certainly looks bright. With emerging technologies such as Blockchain, we are sure that these systems will mature and become sophisticated enough to be trusted entirely.

The Techniques, Team, and Tools for Effective Data Science Scroll to top