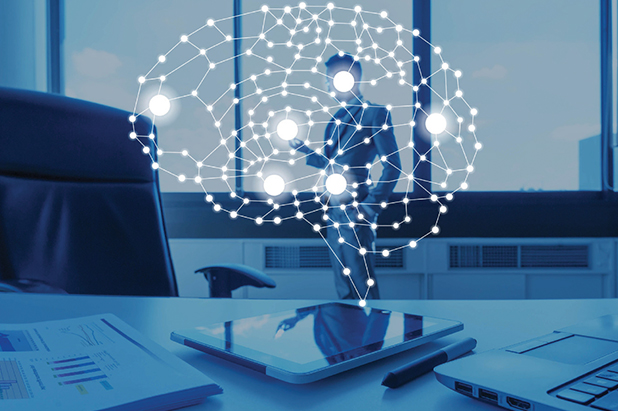 IoT or Internet of things involves embedding sensors in traditionally used devices and enabling internet connectivity in them to collect a range of ambient data. IoT devices can sense their surroundings and communicate this data over the Internet, and they can in turn also be remotely controlled.

This expands the range of internet-enabled devices far beyond desktops, laptops, and mobile phones, and the applications of IoT are endless. Today, IoT is disrupting many industries: some examples of IoT systems are smart fridges, heart monitors, small weather stations.

A Gartner study on IoT devices indicates that there will be more than 20 billion IoT devices in near future, and as of today, there are about a billion PCs and two and a half billion smartphones on the internet. IoT brings in order of magnitude change in numbers. This will lead to developing a new computing paradigm, due to the amount of data such systems will produce. Data processing will be the most significant step.

Tiny internet-enabled sensors are going to get cheaper and related data collection and storage for their data is also getting cheaper.

The Intersection of AI and IoT

AI is the key to unlock the full potential of IoT. The field of AI that is most relevant to IoT is machine learning. TechEmergence very aptly defines it as “It is the science of getting computers to learn and act like humans do, and improve their learning over time in an autonomous fashion, by feeding them data and information in the form of observations and real-world interactions”.

There is going to be a huge amount of additional computing capacity in the cloud in the near future, commoditising use of AI and machine learning platforms and APIs, making the power of AI affordable in all kinds of devices, including those in an IoT system. Machine learning is ideally suited to handle the deluge of data that IoT systems will produce.

In any IoT system, sensors embedded in devices will create streams of data that will be reported to a central (cloud) location. As a general principle, this data will be too huge of a magnitude to be read by humans and will be useful only if it is analysed and made actionable for the end-user, no matter what kind of IoT system it may be.

While a basic IoT system will be able to sense, transmit, store data, it will become worthwhile only when working in tandem with an AI system, as it will also be able to analyse the data and act on it.

If the huge and constant stream of data provided by an IoT system is processed by any machine learning system, subsequent actions will become meaningful.

The AI part of a combined IoT and AI system will learn patterns and trends in the IoT data and identify significant ones. Over time, it can flag specific events that require human intervention. It can sense abnormalities and report them before a crisis. IoT can realise its true potential only when coupled with AI.

IoT and AI at the Edge

Due to all-pervading sensors, computing will become ubiquitous and merge into all our environments. There will be dozens of devices all around, sensing and reporting data and reacting to the data they gather. These devices will form the ‘intelligent edge” of IoT when they have some AI capability built into them. Sensors and intelligence will be tightly coupled together and AI will be a natural companion to an IoT system.

For this to work, cloud AI capabilities will not be centralised but extended to the devices at the “edge”, to carry out data processing, analysis, security and so on, right where data is generated. This eliminates the need to transfer gigantic amounts of data from the IoT location to a central cloud. The data can be processed locally as far as possible and only exceptional results are sent to the central AI system.

For easy AI integration, there is a need for defining some open standards in the IoT data. IoT vendors in various verticals have tried to define certain common and open standards. This will be key when sending the data to any AI system, for example, data sent by sensors should be in agreed-upon units, for example, temperature, pressure, speed and so on.

According to an IDC report, by 2019, most IoT implementations will make some use of AI, more specifically machine learning. Business Intelligence tools in use today can analyse data and generate alerts only in limited cases, whereas ML can make more meaningful predictions from this data much earlier and much more accurately.

Organisations need to start researching AI tools that are available and how to integrate them in their IoT efforts. Machine learning is now integrated with most IoT platforms like, Microsoft Azure IoT, IBM Watson IoT, Amazon AWS IoT, to name a few.

Many vendors are providing AI tools for areas like computer vision and speech recognition which can be integrated with an IoT device to come up with innovative products. Also, many out of the box AI services can be customised to specific IoT scenarios, based on the data sent by the system.

Such combined IoT applications will lead to more efficient industrial systems, timely maintenance of equipment, enable the creation of new products and services and help with risk management in many industries.

Intelligent analysis of such a stream of data can provide hidden insights invisible to human review, and lead to setting up better operational parameters for efficiency. Imagine a fleet of vehicles sending millions of data points to a central AI system which can figure out the best routing options.

The field of AI called Natural Language Processing enables robots and drones to be controlled remotely by voice. AI-controlled drones will revolutionise operations in difficult to reach areas and particularly help with agriculture operations.

The possibilities are endless when AI steps into the data generated by IoT. It is no surprise that according to Gartner predictions, more than 80 percent of enterprise IoT projects will include an AI component by 2022. During our interactions with data-driven enterprises, we have already started seeing an increased interest from them in platforms like Rubiscape to automate and manage their AI and IOT initiatives.

We are extremely excited to be a part of this future!

The Techniques, Team, and Tools for Effective Data Science Scroll to top